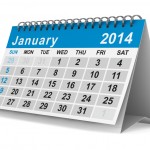 Happy 2014 to you all!  I hope your holidays were enjoyable.  How are those resolutions coming?  In case you don’t know me personally, I workout on a regular basis.  I’ve played three different sports (football, wrestling and rugby).  Two of them were at pretty high levels.  I’ve competed in powerlifting and bodybuilding.  I’m no world champ at anything, but the competitive nature in my blood that has been flowing since age 7 REQUIRES me to continue.  I’m a bit older now, and while I’ve been in gyms since I was probably 14 years old, I’ve noticed a very disturbing trend amongst certain “expert” gymgoers lately.  It seems as if to put themselves up higher, they are insistent upon putting others down. This happens on social media (Facebook, Instagram, Twitter) or behind others backs, and maybe even in obvious earshot, but of course these insults never seem to make their way directly to another’s face.  Most seem to be saying that they’re better than someone else, or how someone should be doing some other style of training or dieting, or even complaining about the clothes others are wearing. If you’re guilty of this, STOP!

Unless someone is assured to injure themselves (I do speak up then), asks you for advice, or their behavior is directly affecting you (ie. someone’s personal hygiene habits are making it difficult to be near them), shut up! No one cares! Stop snickering and laughing at others that are trying to improve just because it isn’t in the same way that you choose.  Isn’t it a plus that they’re making the choice to do it in the first place?  If you think bikini competitions, or cross fit, or physique or bodybuilding is a joke, DON’T DO IT!  You’re entitled to your opinion, but keep it to yourself!  No need to make others feel bad.  I promise that the person doing their own style of training isn’t seeking your approval anyway or else they would have asked you for it.

Yes, it’s January. Yes, folks are flocking to the gym. Yes, half of them won’t be there by February, but if you are one of the ones making them feel uncomfortable in the gym, you’re not doing them any favors and you’re part of the problem! Welcome them in, give friendly advice if it’s asked for and bottom line, don’t treat them any differently than you would want to be treated.  This isn’t just the kindergarten golden rule.  It applies to real life as well.  If we are to become healthier as a nation, EVERYONE needs to exercise.  In my gym, I’ve always considered other folks as equal human beings, regardless of how much they lift.  It’s not my place to judge whether they are right or wrong.  (See that, Planet Fitness?  That’s how you really make a “no judgement zone”.  You don’t need to take out a squat rack.)  My job is to do my own workout, promote fitness, promote health and be a respectable person.  I can be happy about my own accomplishments and even a little boastful about them without making others feel badly about themselves.

I hope a few of the “social media” experts out there agree and change their habits.