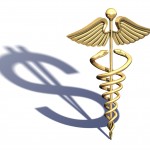 Let’s see how many people I can make hate me…

I have been asked numerous times in the recent months what my current feelings on healthcare are. Some people expect me to have some inside knowledge on the the subject that they don’t have and others just are trying to understand it better. Most of the time in the past, I have answered, “I don’t really know yet.” I was seeing a couple points where I was optimistic for the future of not only my profession but for the healthcare consumer as well. At the same time, I was a bit worried that any extra government involvement would be riddled with red tape and additional paperwork causing many providers to opt-out of caring for patients with those plans or any that based their policies on the government option.

If you ask me today, my answer is, “IT’S A MESS!” My patients are having their policies cancelled or having their rates raised to an absurd amount. Deductibles are out of control. $2000, $3000 or even $6000 individual deductibles are seen all the time. Copays of $50 and $60 for a specialist are the norm. Reimbursements get lower and lower while the cost of doing business is skyrocketing for a provider. Insurance companies will do ANYTHING they can to delay paying the provider. Many companies will send out a letter to the patient asking if they were in an accident in a car or at work to try to not pay the claim. If the patient doesn’t respond, they won’t pay the claim, nor will they inform the provider until they call to inquire about it. When my office calls someone’s insurance company to find out if they cover certain services, we are very specific. Yet when we bill for a service that we were told would be covered, we often see denials for no good reason, and by the time that we have to waste man hours on following up, the little amount we actually get paid isn’t worth it.

Government running the show?? Not cool! Let’s put it in perspective. I am owed over $27,000 from Medicare for this year alone. They screwed up paperwork on their end and have now been so slow to get out payments that I have not seen one check from 2013 services at all. However, I can’t stop treating the patients without withdrawing from Medicare totally, and I can’t make the patients pay it either. So, instead, I’m having to treat the patients for free. Guess how happy that makes me? And when I do finally get paid? I’ll get reimbursed about $20 per patient. My overhead cost to adjust just one patient at my office is about $25. This means that for every Medicare and Medicaid patient that we do treat, we lose money. A government plan?? Gee, I can’t wait…

Do you have pain you are fighting with? Check out Phoenix KinetiCream! (Sponsored Ad)

This brings me to a bigger question that I have been asked before as well, and I have spent much time thinking about. “Is healthcare in the United States a right or a privilege?” My answer may not make everyone happy, but my opinion is that it is a privilege and unless there are significant changes, it should remain a privilege. My answer has just as much to do with social responsibility as it does with healthcare. I don’t feel that anyone should be able to walk into a hospital without money or insurance and have their life saved, extended or improved without being asked to give something back. It sure wouldn’t happen for me. I would be expected to pay for the bill in full. Why? Because I work for a living. And why should a doctor, who paid well over $100,000 for his or her education be expected to work for free? Just because other people who have jobs and insurance pay more? Those supplies to do a tracheostomy on a throat cancer patient, the skill set of the physician who did it, the electricity to have the hospital open? They weren’t free either. You know what else wasn’t free? The cigarettes, cigars or chewing tobacco that likely caused the throat cancer in the first place (I’m aware that HPV is a leading cause of this as well.) But since those were priorities for your money, I’m supposed to be OK with you not paying a bill? I just feel that when people don’t take care of themselves and choose to spend their money on things that MAKE them less healthy, it isn’t my responsibility as a physician to treat them for free, nor is it my responsibility as a tax payer to pay for their healthcare.

I was interested in healthcare fields since I was 10 years old. I was also interested in preserving my own health from the same age. I didn’t want to rely on others to be responsible for my life. I guess it’s just how I was raised. I’m still staring (10 years into practice even after a scholarship) at $114,000 in student loans that accrue interest each day. Hey government, want me to treat someone for free? Take the reasonable cost of their care off of my loan amount. That’s just one way to make things fair.

I definitely don’t have all the answers. I wish I did. I do have some potential thoughts. First, I would say to totally get rid of all insurance companies for health care. Medical costs would go down DRASTICALLY. People might actually value their own health and take some personal responsibility. Those who could afford care would get it, and if they had good credit, they could use a system of healthcare loans to finance their care. If they are not a productive member of society and had no way of affording the care, then they would get less care or care from a place that accepted lower fees, or not get it. Again, I don’t feel that healthcare is a right that everyone has. I do feel there are two groups that are entitled to healthcare provided by the government: active and retired members of the military and children under 18 years old.

Beyond that, if we MUST have insurance companies, I believe that fees and reimbursements should be consistent nationwide from all of them. If a physician chooses to accept insurance, they should be compensated for the care they provide within two to four weeks with minimal red tape. A medical degree does not make you a bank or lending agency. (Our bills are due each month, on time, just like everyone else’s.) If the service was provided, pay the provider. If a service is not covered, make that very easily known ahead of time, so the provider can charge the patient ahead of time or not do it. If you can’t afford the care, can’t afford the insurance, or don’t fall into the children/military category, then you don’t get it! If the government feels it should step in for a group, then pay the provider the same insurance fee and then collect it from the patient over time with interest. They don’t pay, it’s not up to the provider to worry about it.

GOVERNMENT PLAN??? THEN TAX TOBACCO USERS THROUGH THE ROOF, OR TOTALLY DENY THEIR MEDICAL CARE. Check this from www.cancer.org:

Those are just figures for cancer, by the way. That doesn’t even touch other pulmonary and cardiac dysfunction. Cigarettes should be illegal. If they’re going to be legal, there is NO WAY I should ever be responsible for paying for someone’s medical care who smokes. Obesity isn’t much better. Check this link regarding obesity related illness, and you’ll see my point. You think you have the right to weigh over 350 lbs? Then I have the right to not have to share in your healthcare costs. Can’t pass an illicit drug test? Tough luck. No healthcare for you! (Soup Nazi voice!) On a government subsidized health plan and have your second child? Mandatory permanent birth control afterwards or full denial of future medical care! DNA proves you are the father to two or more children that are on a government plan? Snip, snip…

People will argue that my suggestions are cruel or barbaric or infringe on personal rights. Like I said, we the taxpayers of the country also have rights. We have a right to keep more of what we earn. We have a right to not have the poor choices of others keep dipping deeper into our pockets. We are taxpayers because we have jobs, took personal responsibility for ourselves and our families and because we are of value to the advancement of society. Unless you can say the same or you are doing something directly benefiting me or my family, I’m sorry, but you don’t deserve the money that I earn or the care that I provide.

Sorry for the rant, but its getting bad, and I fear it’s going to get worse.

Should I consider the presidency??? LOL